Many of us had friends and even dated students from Meadowdale, but when Friday night rolled around during football season, it was all business on the gridiron. Bill Wheeler has shared some memorabilia that he had saved over the years. If anyone has similar items to display or stories to tell, please let us know so we can share them.  (Double click to enlarge)

Be sure and turn up your speakers 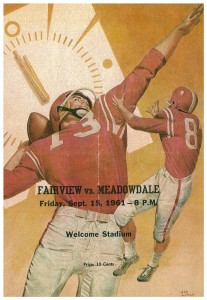 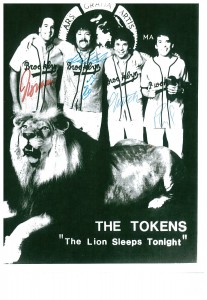 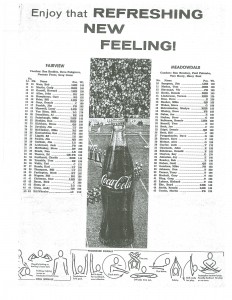 The Day of: The First Game

Friday, September 15, 1961 was the end of only our second week of high school, we, the members of Fairview’s freshman class had so many things to learn about school, classes, teachers, traditions and ourselves.

As I entered the cafeteria for lunch period “C” (12:30 to 1:00PM), I  could hear that familiar song that had been playing throughout the lunch periods all week long,  The Lion Sleeps Tonight, by  the Tokens.  Earlier in the week, we had come to learn the significance of this song at Fairview. Our Principal, Don Longnecker, had proclaimed that we would have no school the following Monday, should something legendary happen tonight at Welcome Stadium.  Tonight was the first ever football game between Fairview and the newest Dayton Public School, the Meadowdale Lions.  Many of the Meadowdale students had been Fairview classmates the year prior, however, the opening of Meadowdale High School transferred students from Fairview and a natural rivalry was born.   The Lions “sleeping” tonight signified the Bulldogs prevailing in the first ever football game between the newest of rivals.

Earlier in the week, the freshman football team had played a game with Trotwood Madison, the outcome I cannot recall.  What I do vividly remember is that I was selected to “dress” for the varsity game with Meadowdale.  That year, the varsity team had 35 uniforms and only 34 players, thus an extra uniform was available.  The coaches decided to pick one member of the freshman team to wear the extra uniform for the varsity game each week.  I was honored and proud to be #45 for one game, September 15, 1961….The First Game with Meadowdale.

As I ate my Plate Lunch (35 cents), I thought about the remainder of the day, but I had no idea what was about to unfold over the next 10 hours.  At the end of classes, there was a pep rally scheduled and I was to walk in with, and be introduced as a member of, the varsity football team.  When 2:00PM arrived, the team assembled outside the gym, the cheerleaders were warming up the students with cheers and the band played Fight, Fight For Fairview.  This pep rally had a theme, “Monster Mash Meadowdale”, a takeoff on the then hit song, The Monster Mash by Bobby Boris Pickett…(”I was working in the lab late one night when to my eyes appeared an eerie sight…”).  Following this jolt of new found school spirit, the school week was finished and The Game remained only a few hours away.

When I arrived back at school, I was issued the #45 jersey and headed to the locker room.    Armed with facts about Fairview’s Premier Game the week before, I entered the varsity locker room for the very first time.   After loudly spewing some congratulatory remarks regarding that game, I was greeted with somber, angry faces seeming to say….”who is this mouthy little freshman and why is he here?”  It seems that nobody informed me that there was to be silence in the locker room before games; everyone was to be thinking about executing their play assignments and winning the game.

I recall riding the team bus from school to Welcome Stadium, participating in pre-game drills and that is just about all…until the final play of the game.  I don’t remember anything about who scored when or how…. only that as seconds remained in the 4th quarter, the score was Meadowdale 8 and Fairview 6 (back in our day, no team ever kicked the extra point).

So, there it was, like something out of a movie script…the Bulldogs had the ball on Meadowdale’s one yard line, trailing by 2 points, it was 4th down, only a few seconds remained, a touchdown and victory stood only 36 inches away and Fairview’s High School All American running back, Jim Parish, was in the backfield.  When the ball was snapped, 22 players converged in a pile at the goal line.  As the referee dug through the mass of humanity to find the ball…the unthinkable happened….the ball had not crossed the goal line, time had expired and the Lions claimed victory.

The bus ride back to school was nearly as quiet as the ride to the stadium, only the feint sound of sniffles from players trying to hold back their emotions.  There WAS school on the Monday, life DID go on and somehow we endured.

Now for the GOOD NEWS, the next season revenge was achieved; The Bulldogs prevailed over the Lions in convincing fashion, a 30-7 Victory.  The bus ride back to school that night was joyous with much singing, many chants and cheers to celebrate the victory.  Along with my teammates, I was honored to autograph the football, marked with the victorious score, which was proudly displayed for many, many years in the main hall showcase ….until being relegated to some deserted, dusty shelf in a Dayton Public Schools warehouse….somewhere.

The ball is gone, but what will never be forgotten is the history and drama that preceded the Bulldog’s first win over the Meadowdale Lions, one year later in 1962!

This is the 1930’s Athletic Field gate that was on Hillcrest. 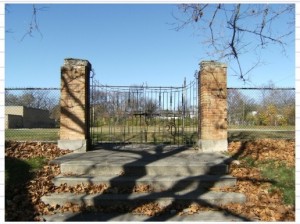